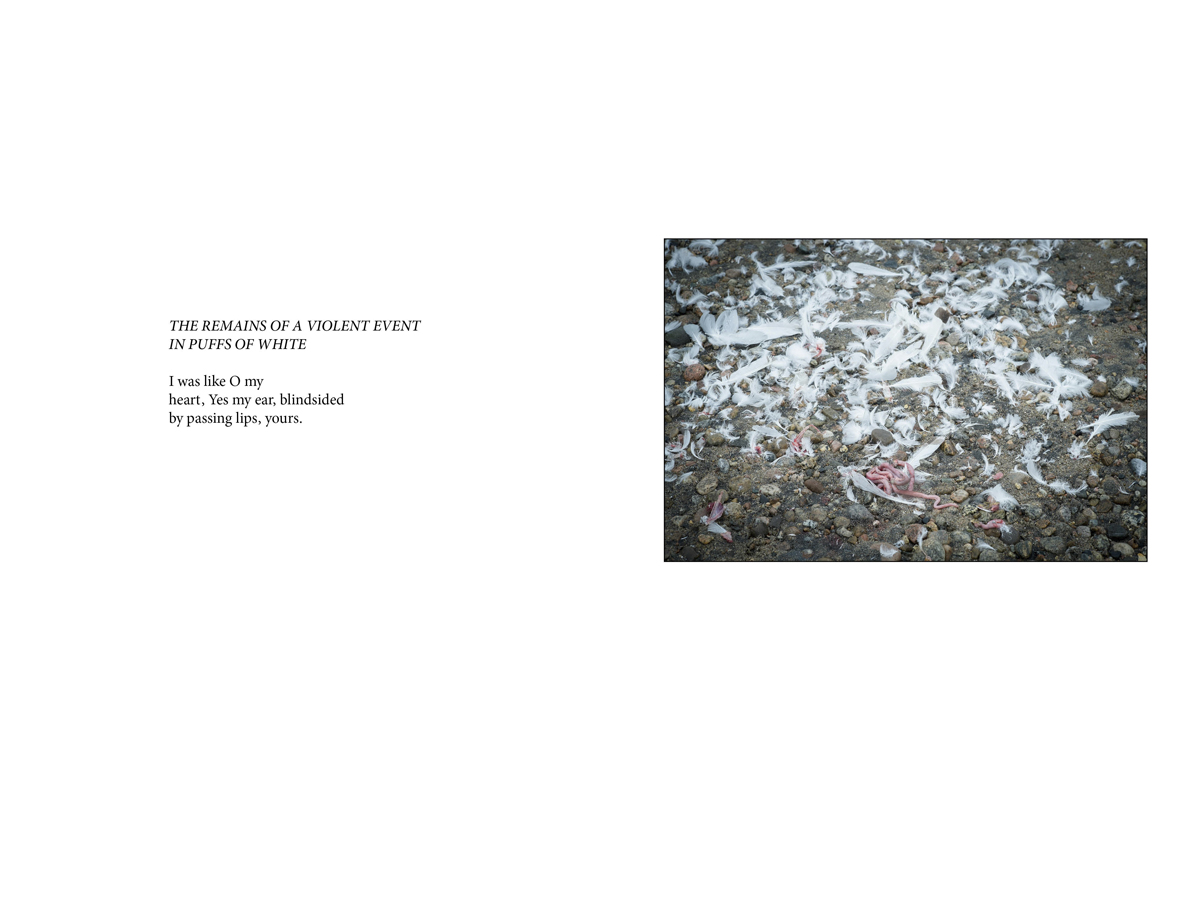 In our book Light Wounds we created visual haiku by putting photographs and poetry together in the form of diptychs.  We were looking for a new form of meaning that only existed because of the pairing. This process was open to chance.

The day I took this photo, I was in Tadoussac on vacation. I had received word that a dear friend of mine had died. I spent the day photographing everything I could find around me as a farewell gesture. It was a beautiful day, and turned out to be fruitful. Three images  used in the book are from that day.

The creation of this particular haiku evolved differently than our usual method.  Generally I don’t like giving titles to my pictures. However after taking this photograph, the title The Remains of a Violent Event in Puffs of White came to mind. I normally wouldn’t use such a title for a photograph. However, I thought it could have possibilities as a title for a haiku. For fun, I sent Eva the title without the photograph and asked her to write a haiku. She came back with:

I was like O my heart, Yes my ear, blindsided by passing lips, yours.

It fit so well with the title and had an unexpected connection to the photograph.

It is best to avoid a literal connection when making a visual haiku pairing. They lose their interest if they describe each other too closely. Irony is the key. It opens doors for exploring a myriad of meanings and creating unpredictable connections and hopefully, emotional depth.

Our book is the outcome of a 5 year exploration of creating visual haiku. The publication was crowd sourced on Kickstarter  and a review was published in Photomonitor.