In 1990 he self published a limited edition hand bound book entitled “The Ravine” that was acquired by the Mira Godard Collection at the Ryerson University in Toronto. After the completion of this book, Kendall’s subject matter widened from the natural world to the urban landscape and photographers such as Walker Evans, Paul Strand, and Alfred Stieglitz  began to shape his photography.

Kendall was always fascinated by sequencing, and he was interested in using soundtracks as a way to contribute to the emotional impact of the photographs. Given the wider range of subject matter that he began accumulating, and his need to resolve his range of subject matter into a cohesive whole led him to structuring a sequence of 70 images entitled “Children of the Landscape”. This was to take 18 years to complete, and was made into two different forms: an audiovisual piece with a musical soundtrack that was composed specifically for the project by Brad Keller, and a limite 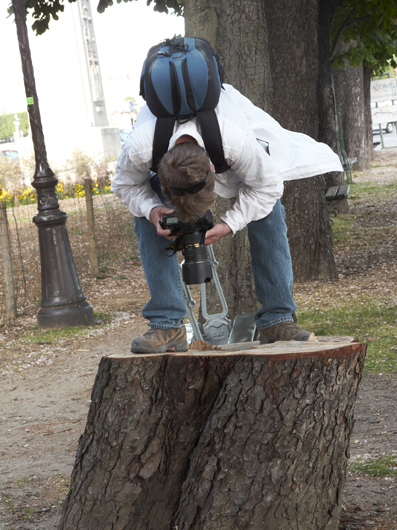 The work following “Children of the Landscape” is a departure from his previous photography. It is influenced by several painters and explores the abstract universe of colour and form. He has spent the last few summers photographing the remote shores of Georgian Bay in his homemade row boat.