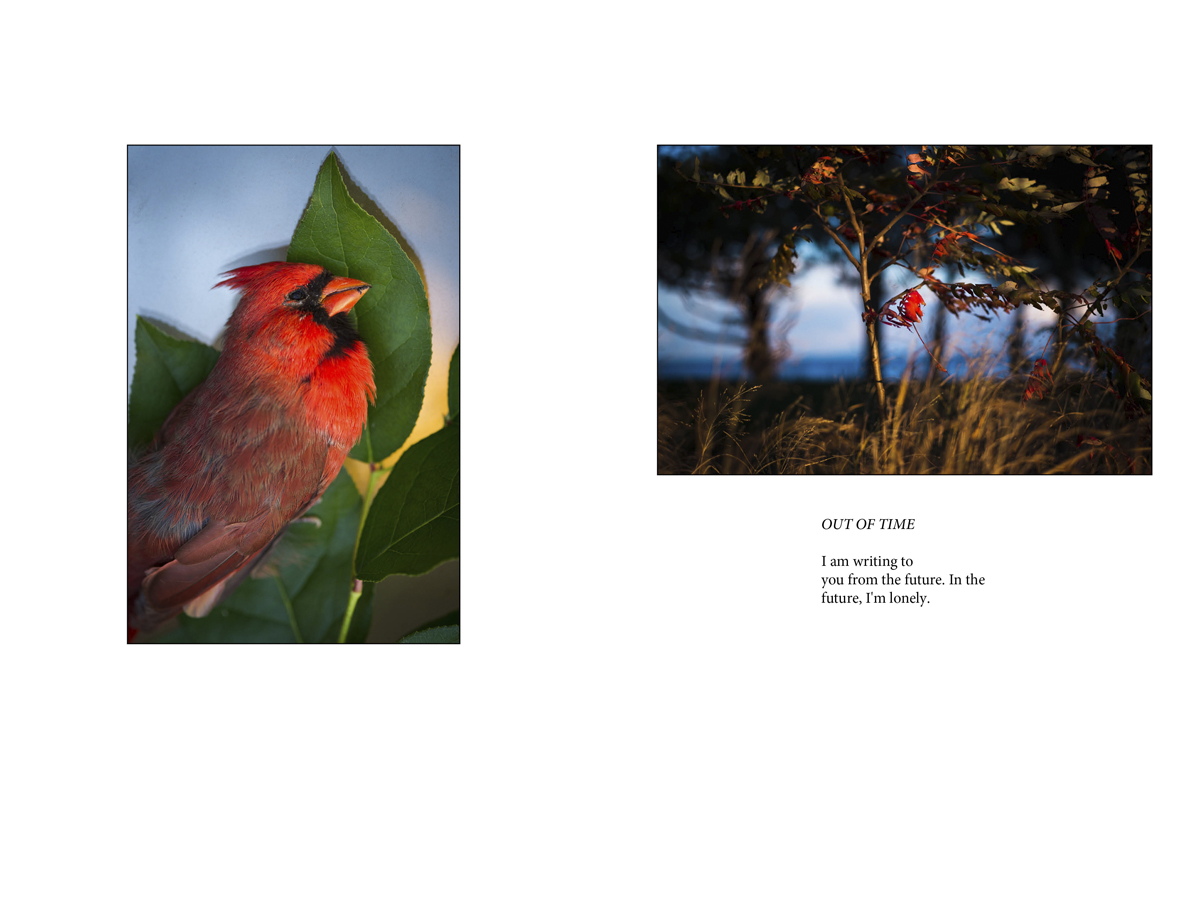 Photograph Haiku Combination Out of Time

Out of Time is an early photograph haiku combination. The story behind the photographs began with my cat bringing home a cardinal. I rescued the bird from the cat, sadly he died in my hands. Seeing cardinals nearby in a tree is delightful, experiencing one in your hands reveals how truly exquisite they are. It was a beautiful day and the light was clear and crisp and I felt compelled to do something in honour of this bird. I can’t remember if the photo of the sumac leaf already existed. I paired them into a diptych. The two images together seemed to converse with each other nicely. The haiku added a different layer to the photo combination.

Choosing a photograph haiku combination is an abstract process. We look for a connection or a non verbal conversation between photo and poem. The interaction between the poem and the photograph can work on several levels. It is more important for them to nurture each other. The poem and the photograph offer each other depth. This creates a whole new universe of nuances and meanings that neither would have by themselves. The ambiguity of a pairing might be difficult to understand at first. What was elusive can shift into a new perception of meaning. Because the juxtaposition of photograph and poem can be ambiguous the viewers will be challenged more so then if they were to view the poetry and images separately. We believe this challenge will make the experience more rewarding.